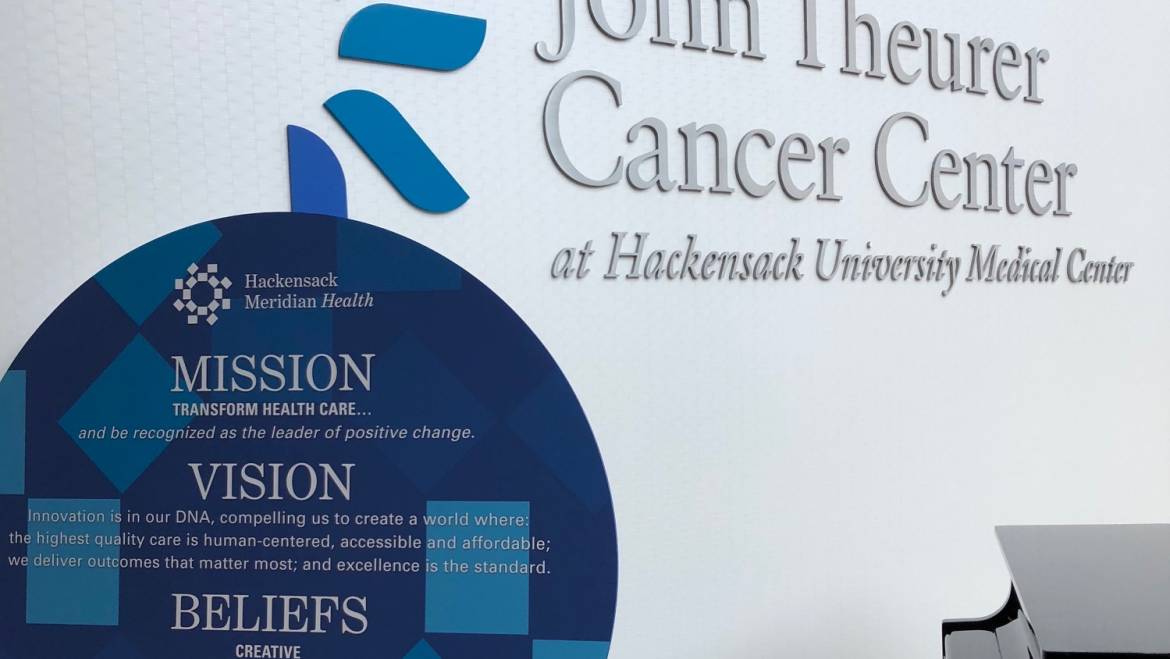 This month was my semi-annual visit with my oncologist. These visits happen every six months. A few weeks before, I go for a blood test called a PCR which measures MRD (Minimal Residual Disease). I am “fortunate” that having had a blood cancer – some of the best testing possible to see if my cancer has returned can initially be done through blood work.

I was considered in remission as of May 28th2015 when my bone marrow biopsy came up negative and my PCR showed an MRD result of NONE. Since that time periodically I would have the PCR test done and the result would always be NONE. Until last year…

I got a tiny result of 1-2. This is an estimation of how many cancer cells that “profile” similarly to the mantle cell lymphoma cells I had previously, are in my body per million cells. A drop in the bucket right? Well why was there a result now and was NONE for years after treatment?

The next time I was tested, which was last May – the result was 8. Eight cells per million profiled similarly to my former cancer cells. My oncologist called it negligible. That they don’t consider it anything until it goes higher than 15. They did however want to track me to see how I would be trending – up or down? I was not happy about this.

Late this November I had my blood drawn for the same PCR test, as it is now going to be every six months that I will have to have it repeated. I had to delay the test a week because I was recovering from the nastiest, most evil flu someone could experience. And it went on and on and on. I felt sick on November 1st– I had face pain and a sore throat. I thought I had a sinus infection. It was late in the day on Friday so I called my doctor’s office to tell them how I was feeling and they prescribed antibiotics, again, for what I thought was a sinus infection.

That weekend my fever went up to 101F, and was worse in the evening. It would start to creep up around 4PM and by 7-8PM it was in full force. The two times I had to take antibiotics to get rid of a bacterial sinus infection – I felt better right away. This was not responding. By Tuesday my fever went up to 103F and the glands in my neck on the right side were HUGE so I made an appointment to see my doctor the next day. He diagnosed me with the flu. Ugh.

That evening and the next several days were the worst of the worst. My fever was going up to 104F and had to bring it down with Tylenol. It was way too high to leave alone. At 101F I was letting it happen and self-treating. Over that – it’s too dangerous to let it be. I was literally cooking myself. I had the chills, would take the Tylenol and then sweat it out. The most important thing I had to keep doing was hydrating – with water, tea and broth. Dehydration would have put me right in the hospital. My number one goal was to not to have to go to the hospital.

My number two goal was to not let the virus go lower than my throat – to keep it out of my lungs and avoid bronchitis and pneumonia. Fortunately this didn’t happen. My lungs are very strong – I took singing lessons for many years and did A LOT of breathing exercises to strengthen my lungs and diaphragm. Any time I’ve been sick with a viral or bacterial infection above my chest, it has never gone into my chest. Starting on the antibiotics probably helped me prophylactically. While they didn’t help me kick the flu they helped prevent a viral infection from turning bacterial and entering my chest. I take a high-volume multi-strain probiotic all year round to help with the “collateral damage” of taking the several rounds of antibiotics I’ve needed this year.

Probiotics with prebiotics are important to help keep the gut microflora balanced – as 70% of your immune system is in your gut. Overgrowth of bacterial strains that release toxic metabolites that are not kept in check by beneficial bacteria can lead to all kind of problems including various digestive difficulties and food intolerances, autoimmune disorders, vitamin deficiencies, IBS or IBD, among other problems. When you take antibiotics – you kill bad AND good bacteria in your body – especially your gut (your small and large intestines). The bad bacteria can grow and start to take over if not “checked”. Probiotics (fed by prebiotics) help restore bacterial balance in the gut. Probiotics come in supplement form and are also found in fermented foods such as yogurt, sauerkraut and kimchi. There’s much more to be said on the topic of gut health which we can save for a different day.

After 10 days of feeling like I was never going to be fever free – I was. One night I didn’t get the chills anymore at 4PM leading to a fever. I was at 99F for several more days. I was exhausted. Lost 6 pounds. Felt like I had lost a whole bunch of muscle mass in my legs and could barely stand up. I felt as if I was recovering from another round of chemo. Same symptoms, same feeling when it was over. Same need to “rebuild”.

The glands on the right side of my neck receded. I started to regain strength. I was still exhausted for the two weeks after the fever and would have to leave work and rest during the day and come back, or not. It was during this time that I went back and had the PCR test to check for MRD – the cancer marker test I mentioned earlier.

When I got the results back I was shocked. My results went from 8 cells per million down to 4 cells per million! Half! Even more negligible than the last time. I couldn’t believe it. My trend was going down not up. In addition – at this time of the visit and afterwards – I felt as if I had gone through a detox. I felt lighter, “cleaner” clearer, stronger, “healthier”. I felt better than I had all year. The aches and pains I often get in my shoulders, neck and the resulting headaches have stopped happening and they haven’t happened since (almost 2 months now). The glands in my neck went down to normal. People were telling me how “good” I looked and still look.  A fever is your body’s way of summoning certain white blood cells of the immune system to attack pathogens. I think having the flu and having the high fevers called on my immune system to get rid of everything it could that shouldn’t be there and get it out of me. The cycles of fevers and sweating were literally a detox. Spending time in an infrared sauna can give you a kind of similar effect by raising your core temperature and sweating. How fortunate that this occurred right before my visit to draw the blood for the PCR test!

I also had a full physical the second week of December and my results were very good, results of someone 20 years younger. The only number out of whack was my HsCRP – which was high at 3.8. This was probably a result of having the flu – as a recent viral infection (or bacterial infection or injury) will abnormally inflate this test. When I went back a week later to retest it had already gone down to 3.0. I will take it again in January and look for it to go down even further. The HsCRP test is normally a marker for inflammation – especially of the cardiovascular system.

There was only one other thing that I did differently between when the blood was drawn for the PCR in May vs. this past November. On June 1stI started taking a substance called APeX water, VERY simply – it contains a delivery system that infuses oxygen directly into a cancer cell (or pathogen) and this oxygen is said to disintegrate it. It is easy to take and non-toxic. I thought I would test myself with this product (as I do with a lot of the things I carry) and so I did nothing else differently (other than getting the flu) for the six months leading up to the next PCR test. As I stated earlier my cancer marker test went from 8 down to 4. So was it the flu, the APeX water, a combination of the two, something else or chance that my test improved? I don’t know but I will continue to take the APeX water until the next PCR test in 6 months and see what happens. It is low risk and not expensive and now I have it here at my Center. For much more detailed info on how it works you can go to this website https://www.apex-uap.com/home.html

In May I go back for my next PCR draw and get the results at my 6 month checkup in June. At that point I will have been considered in remission for 5 years (if all continues to go well). It would be really nice if my oncologist will tell me to come back in a year… 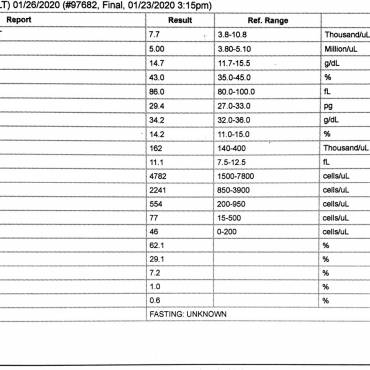 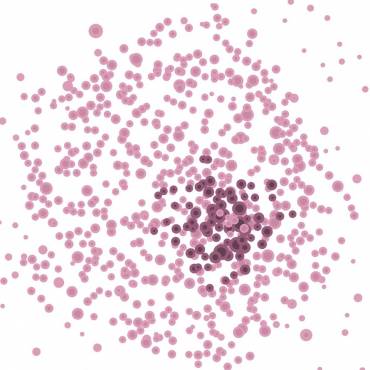